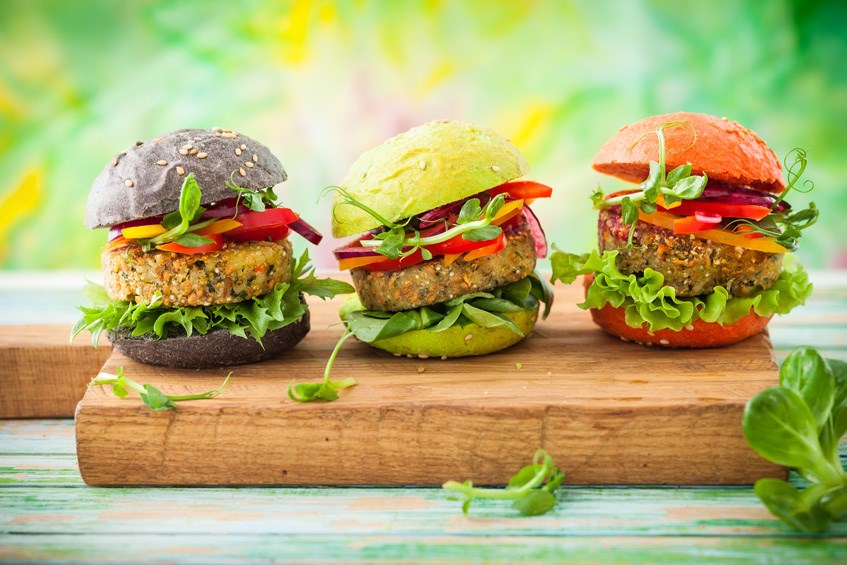 Looking at how our nation’s tastes are changing is something that we do.

The rise of veganism within many parts of society is a very interesting development connected in many ways to our continued quest for healthier ways of living longer.

Veganism has been with us since 1944, but it is only recently that it has started to be viewed as a ‘way of life’ and not a ‘fad’. The definition of veganism from The Vegan Society is ‘a way of living which seeks to exclude, as far as is possible and practicable, all forms of exploitation of, and cruelty to, animals for food, clothing or any other purpose’.

2018 may well be the year of mainstream veganism in the UK. Changing from a fringe movement, there are several reasons why people are moving to this type of nutrition. The motives for becoming a vegan are many – the main ones being animal welfare, environment, and health.

Arguments in favour of veganism resonate with more and more people.

These are compelling arguments for some, and when adopted they become a real lifestyle change impacting on so much more than just nutrition.

The vegan diet needs to be well planned and managed ensuring that vitamins found in an animal product diet are not eliminated from the mix. Vitamins such as D, iron, B12, zinc and omega-3 fatty acids - these vitamins can be found in dairy-free alternatives, but additional supplements can be required.

Vegans are no longer viewed as ‘different’ and possibly unhealthy.  With the adoption of a balanced vegan diet they are seen as healthy individuals.  With numerous athletes, runners and other sporting personalities becoming vegans the health element of this type of diet is seen as real. Lewis Hamilton, Jermain Defoe, David Haye, Hannah Teter and Venus Williams are just a few of the sporting elite who have stated that they are vegans.

Although we are still in a non-vegan world – over half a million people in the UK were said to be vegan in 2016 out of a population of 65 million – things are changing rapidly. Vegans - once a minority group are now becoming far more mainstream, and the trend looks likely to last. This plant-based nutritional diet has seen an increase of over 350% in Britain in the decade from 2006-2016.

Seen to many as a ‘fad’ the newly formed Vegan Society first used the term ‘vegan’ to describe non-diary vegetarians who also ate no eggs. Looking for a word to describe this type of diet - ‘dairyban’ and ‘benevore’ were rejected in favour of the word ‘vegan’.

There has been an amazing 185% increase in vegan products launched in the UK between 2012 and 2016, which starts to show the growing interest amongst the UK population.  It is a way of eating and a diet that affects people’s health, the wider world and our human impact on it. With this increase in vegans the high street has adapted with speed and supermarkets and food retailers have all introduced vegan ranges, and vegan dishes.

Twenty percent of under-35s have admitted to trying a vegan diet at some point, with women being a far greater percentage of the overall trend than men. A perceived re-branding and the acceptance that being a vegan is a lifestyle choice have helped veganism’s rise into a more mainstream option.

Opportunities to talk to this sector of the market have been steadily growing. Veganuary – started in 2014 – had a record year in 2018 with over 168,000 people signing up to try being a vegan for a month. Figures increased three fold since 2017 – an indication of the strength of the vegan messaging.  Nearly half gave animal welfare as their reason for registering, but health and environment were also strong motivators.

As companies become more aware of their employees’ health needs, and the understanding that having a proper meal break leads to better productivity. A positive attitude to lunch breaks and the choices available is where more enlightened companies are winning in the business place. The choice that is given to employees in a canteen environment is now becoming more varied.  Vegans are catered for and changing menus to include vegan dishes is becoming commonplace, not exceptional. Reviewing lunchtime eating habits, and offering a full range of plant-based foods gives many staff the opportunity to try a different type of diet.

Workplace restaurants now have to take note and add vegan options to their daily menus. The old belief of vegans only living on lettuce leaves has been superseded by chefs such as Jamie Oliver adding vegan recipes to their repertoire; and supermarkets such as Morrisons and Waitrose offering vegan options, and highlighting vegan ingredients in their stores.  Vegan recipe books are now plentiful, with many being up-dated and re-issued to satisfy the increased demand for interesting and exciting menu choices.  Offering healthy menus in the workplace is exactly where conscientious employers can bring a greater benefit to their workforce, both physically and mentally. Giving the choice of vegan meals shows an understanding of how employees are now requiring a greater level of input than ever before in their individual well-being.

These plant-based recipes can also be very cost effective and help with ensuring maximum efficiency from any catering budget. Offering a meat/dairy-free day is often a good entry into moving from a more traditional catering menu to one that caters for every type of diet.

Veganism is a world-wide movement. This is a way of life likely to grow as younger generations become more involved in understanding their own health issues and the sustainability of the planet.

Veganism is on the rise, and is likely to grow in the future, as the sustainability of food production, our energy usage and our increasing interest in health and well-being become more important to the majority.

The community and culture of veganism is now an expanding club where entry is all about mindfulness, planetary concern and making individual positive change.