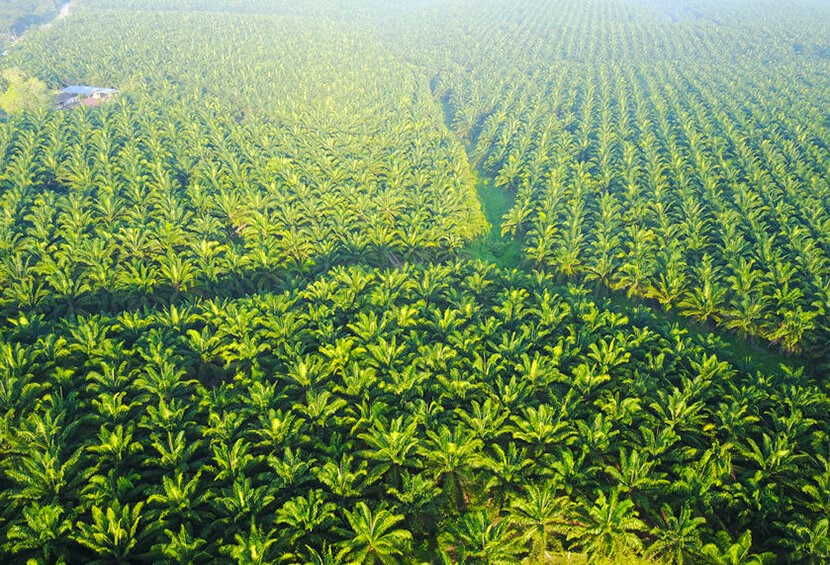 The use of palm oil has grown rapidly over the last decade and is used in an increasing amount of items. In many countries, it’s used simply as an oil for frying but there is a large number of products that now contain palm oil - and that have contained palm oil for a few years. You may think that you don’t use much palm oil but it’s used in food products such as bread, margarine, pastries, cereal, biscuits, peanut butter, and chocolate as well as hygiene and cleaning products such as shampoo, cosmetics, and domestic cleaning products. It’s also used in feedstock and used in many countries as a biofuel.

In this article, we discuss why cutting back on palm oil for you and your business is important and we look briefly at alternatives.

Why does it matter?

According to One Green Planet “Up to 300 football fields of forest are cleared every HOUR to make room for palm plantations”. The demand for palm oil is so great that other types of trees and plantations are being removed from their natural habitat in order to find space for palm plantations. The impact on forest areas in Borneo and Indonesia is putting wildlife such as orangutans at risk of extinction.

In Indonesia, the number of orangutans is thought to be just over 6,000 with the total population decreasing by as much as 50% over the last 10 years - and despite businesses cutting back on palm oil, the situation is still critical.

The process of clearing forests has other effects including the release of tons of carbon dioxide into the atmosphere as well as causing human rights conflicts in areas where remote villages are based.

The act of buying simple off-the-shelf consumables is having a wider impact on the world we live in than you might imagine.

How did we get to this?

Palm oil is a very productive crop and its use makes the process of manufacturing products very effective. According to WWF it provides a greater yield than traditional vegetable oils and at a much lower cost. The more palm plantations there are in concentrated areas, the more economical it becomes to produce palm oil; resulting in lower costs for making the range of products mentioned earlier - whether that’s shampoo, pastries, and bread or cleaning products for your home or business.

Businesses now have a responsibility to cut back and if possible, eliminate palm oil from products that they use or sell. This can have a positive impact on the environment as well as the brand of the company. To counter the increasing use of palm oil, a number of companies are now promoting their brands based on being ‘palm oil-free’ - something which is being well received by consumers.

There has been controversy over a pledge by the retailer Iceland to stop using palm oil in its own-brand products by the end of 2018 and while it may have failed to meet its target, it’s great to see that action is being taken. The issue challenged by Iceland is one we all face. With palm oil so widely used in so many products and in so many manufacturing processes, it’s hard to work out how to cut back or eliminate the use of palm oil.

Alternatives can vary depending on the products and the process used but they might include oils such as rapeseed oil, soybean oil, sunflower oil, olive oil, coconut oil or other lesser-known palm species. Other alternatives can also include animal fat and butter (including cocoa butter).

Cocoa and shea butter are also great alternatives to palm oil in cosmetic products such as soap.

Some alternatives may be easy to find and low cost but there may be some alternatives that are harder to find but at Ramsay Todd, we believe the effort put in is worth it - for you, the business and most importantly, the environment.

For assistance in managing your palm oil consumption, speak to our procurement consultants and food service consultants at Ramsay Todd.